Abducted at gunpoint by a gorgeous woman…

Navy SEAL Cody “Cowboy” McCormick is in Las Vegas for a little R & R before his friend’s wedding when a beautiful blonde jams a gun in his side and abducts him from a casino in broad daylight. He could stop her, but he plays along because he’s intrigued — plus he’s convinced she’s in danger.

CIA agent Miranda Lockwood’s life is on the line when an undercover operation goes wrong. Little does she know when she sashays up to the biggest, baddest looking dude in the casino lobby that she’s kidnapping a Navy SEAL — or that she’ll be unable to resist his charm when he turns up the heat.

When the CIA labels her a rogue agent, Miranda’s faith in everything she believes in is shaken to the core. Cody’s the only one she can trust to help her find the traitor in the agency. But even though she’s forced to betray him, she can’t get over the SEAL who made her feel safe in his arms. Miranda will have to fight harder than she’s ever fought for anything if she wants his forgiveness — but Cody’s not in a forgiving mood in spite of the sparks that still fly when he’s forced to team up with her again.

When disaster strikes and they’re caught in the line of fire, Cody will do everything in his power to keep them both alive. Because if he doesn’t, he’ll never get to hold Miranda close again…

NOTE: If you read the first part of this story in SEALs of Summer 3, this is the complete book.

“Sweetie, there you are! Thank God!” 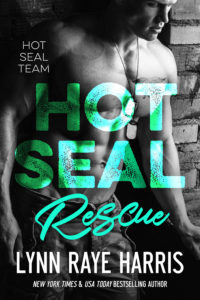 Cody “Cowboy” McCormick watched the woman approaching him in the lobby of the Venetian with an appreciative eye. She was utterly gorgeous, the kind of woman who made heads turn as she strode along on a pair of pencil-thin stilettos that looked positively painful. There were a lot of gorgeous women in Vegas, but this one had that extra something that drew the eye like a magnet.

He turned his head, looking for the lucky guy she was about to put her hands on—and maybe her lips. He didn’t see a smiling dude anywhere. When Cody turned back to her, she was nearly upon him.

And then she was by his side, reaching for his arm, her flowery scent stealing into his nostrils and making him almost giddy with the sweetness of it as her fingertips brushed his bicep.

“Baby, my goodness, I thought you’d never arrive,” she purred, winding her arm through his and wedging herself against his side, her smile bright and mesmerizing.

Luscious red lips. Cascading blond hair. Long fucking legs even though he calculated that without the heels she was probably around five foot five or so. Bright, almost golden, eyes stared back at him.

Too bad she was a loon, because she sure was mighty appetizing.

He opened his mouth to tell her she had the wrong guy, but her fingers tightened on his arm—and that’s when he felt the hard, round cylinder pressed into his side. He let his gaze drop. Her hand was in her tiny purse, and that purse was jammed against him, the gun barrel unmistakable as it dug into his side.

His first instinct was to disarm her. He could take her down easily, but not without doing serious damage to the bones in her arm. Still, she was threatening him—and pretty as she was, that wasn’t going to fly.

But there was something in her eyes, some look that said I’m not crazy, honest. Help me.

He lifted his gaze then and scanned the lobby area. There was a stocky man staring hard in their direction. He had three men with him, big and dressed in the quintessential suit of the professional bodyguard, while he wore what was clearly a custom pin-striped suit and chunky gold jewelry. He looked like a typical Vegas big shot—or a big shot wannabe.

Cody didn’t like the man on principle. He looked down at the woman beside him again. Her lips were parted, her lipstick shiny and begging to be messed up.

But was she really trying to get away from these men, or playing him for a mark on someone’s orders?

He didn’t know, and he didn’t have long to decide. But he could play her game for a little bit. See what she was up to. Decide whether to disarm her and send the others packing or rescue her from harm.

Her eyes narrowed. “Let’s get into the car first, all right?”

She shoved the pistol into his side even more. She deliberately didn’t look back at the three hired goons who’d now started moving toward them. But he knew she sensed them coming because of the way her mouth hardened into a flat line. Was that a hint of desperation flaring in her eyes?

“Sure thing, sugar.” He’d made his decision. Whatever was happening here, she was not working with those men. He put his arm around her shoulders. She tensed, but she didn’t shrug him off. They strolled toward the entrance and then out into the hot Vegas air, though it was nearly sunset now and things were cooling off.

The traffic in front of the hotel was jammed with cars and taxis. Picking up, dropping off, waiting. He didn’t know where she thought they were going, but getting anywhere fast on the Vegas Strip was impossible. The taxi line was packed with people, but he walked up to the bellman and handed him a twenty.

The man took one look at the woman hanging on Cody’s arm and then grinned as he pocketed the money. “You bet, man.”

The bellman signaled for a taxi, and one careened up to the curb. He opened the door, and Cody and the woman got inside while people in the taxi line grumbled. The door slammed.

“Where to?” the taxi driver asked.

Cody lifted an eyebrow as he studied the woman. “Well?”

She still had the gun pressed into his side. She took a deep breath, her breasts swelling against the tight red material of her wrap dress. “Where are you staying?”

“The Rio.” It wasn’t the best casino in Vegas, but it was cheaper than those on the Strip. Plus his cousin worked there, so Cody got a great rate whenever he was in town.

“Then that’s where we’re going. The Rio.”

“And hurry,” the woman said. “There’s a fifty in it for you if you get us out of here in the next two seconds.”

Just then the men from the hotel burst onto the portico, and the driver jammed the gas. Cody didn’t know how the man did it, but he found a slot in the traffic and shoved his way through without scraping metal. Somehow they were rolling toward the street.

Cody reached up and slid the glass partition closed so he could talk to the woman without the driver listening in. “Care to tell me your name?”

She eased back against the seat, her purse still pointing at him. Her eyes sparked. The creamy swells of her breasts rose and fell as she breathed. It was distracting. She had a small waist beneath those amazing tits. He wondered if they were fake but decided they weren’t when the taxi bumped over the curb as it turned onto the street and her flesh jiggled.

“Call me Jane,” she finally said.

At least she was honest. He turned and looked behind them, but there didn’t appear to be any signs of pursuit. Not that anyone could pursue easily in this traffic. Unlike in the movies, it would be a slow car chase where drivers honked and cussed and traffic lights lasted for what seemed like hours.

“So what happens next?”

She glanced behind them, the tension in her body not easing one bit. “We go to the Rio. You get out and go your way. I’ll go mine.”

“Aren’t you considerate? Planning to drop me off after kidnapping me in broad daylight.”

“Why’d you pick me? There were half a dozen men standing around in there.”

Her lips tightened, and then she shrugged. “You were alone. You’re big and kind of tough-looking—and you were staring at me like you’d like to get into my panties. I needed a way out, and you were there.”

Yeah, perhaps he had been staring. A man would have to be dead not to want into those panties. But he figured he wasn’t the only one who’d been looking. Still, she’d chosen him out of all of them.

“Didn’t it worry you that I might not cooperate?”

She snorted. “Not especially. I can be persuasive when I need to be.”

She blinked. “What? Of course it’s real.”

He shrugged. “They make lighters that look like guns. Probably feel remarkably the same when concealed in a purse.”

Cody’s interest took a giant leap. Sig Sauer P239s were used in spec ops. Semiautomatic, 9mm. Small enough to be concealed in an evening purse—but wicked enough to blow holes in anything that got in the way. His official weapon was in a locker back at the base, unfortunately. His personal ones were in his house. Not one of them where they would do him any good.

If he’d driven to Vegas instead of flying, he’d have been armed. As it was, he had nothing but skill and training to get him out of this situation.

Not that he was worried about it. Still easy to disarm her, though she’d turned her body against the door and faced him across the rear seat, her hand still inside the purse.

Her golden eyes were flat. “I’d have to shoot him too. So don’t make that happen, all right?” 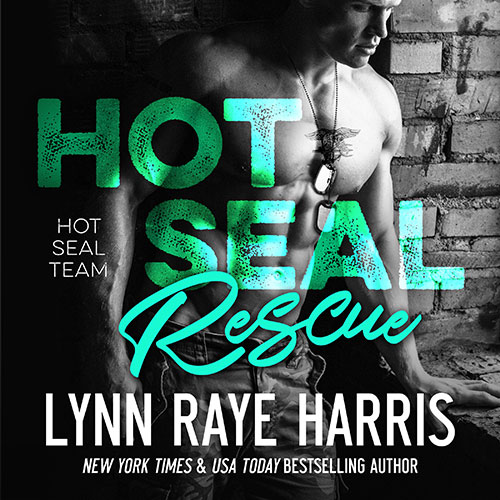