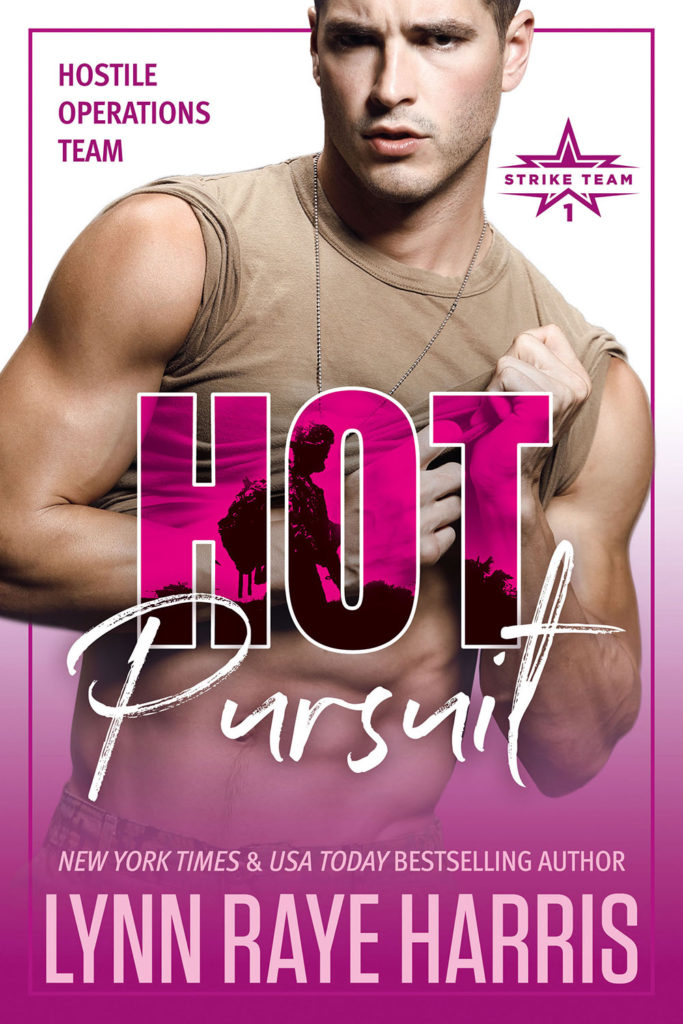 He took her innocence. He broke her heart. He’s the only one who can save her life…

Ten years ago Matt Girard did something he shouldn’t. Something that’s haunted him ever since. His best friend offered him her virginity—in a weak moment he took it. He knew Evie Baker wanted forever, but he couldn’t give it to her. Not then. Maybe not ever. What Matt wanted was escape, and escape was a career as a military black ops warrior. But now he’s back older, wiser, and a hell of a lot tougher. When he encounters Evie at her mama’s salon, he knows he’ll do anything to make it right again.

Matt was her first love—her first heartbreak—and he still makes Evie’s heart pound more than she’d like. But she wants nothing to do with him. His assurances are empty, and she’s had enough of men who lie and promise things they don’t deliver. She coasted back into town on fumes because of a man. She won’t trust another one—especially a man who bailed on her once before. But when her sister goes missing and Evie becomes a suspect in a murder, Matt is the only one she can turn to.

He’ll put everything on the line—his career, his future in the Hostile Operations Team, his heart. Even if it means sacrificing all he’s worked for, he won’t let Evie down this time. He can’t. Because if he fails her now, he’ll lose her forever.

“I think you lost your drink.” 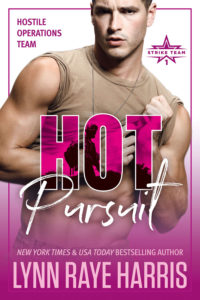 Evie knew that voice. It slid over her like hot silk and she spun to find Matt Girard standing behind her, holding the bottle she’d just ditched. Why did her heart skip the second he showed up? And why did he have to look so delicious?

He stood there in faded jeans and a dark T-shirt that molded to his hard pecs and biceps. But it wasn’t his clothing that got her attention so much as his eyes. There was something in them, something she didn’t remember seeing when he’d been seventeen. He’d been part of this crowd long ago, much more than she had, but he no longer looked like he belonged—in spite of the longing looks some of the women cast in his direction.

His gaze dropped over her before rising again, slowly, and her body reacted as if he’d brushed his fingers over her. There was something hot and sharp and thrilling in that gaze—and she was way more susceptible to it than she wanted to be.

Once, she would have given anything for him to look at her like that. Now, she wasn’t certain she’d survive the experience.

“Great dress.” His voice was silky.

Evie swallowed. She was tingling and that wasn’t a good thing. The last time she’d tingled over this man, it had not turned out so well. “Thanks. I think.”

He grinned. “It’s definitely a compliment.”

“Now what made you think a thing like that?”

Her blood slogged like molasses in her veins. “I believe you said ‘probably not’ in response to Julie’s query.”

His teeth flashed. “Yeah, but that’s before I knew you’d be here.”

“What do you want, Matt?” Her heart thrummed like she was sixteen again.

His gaze dropped once more. “Maybe I might like to see what’s under that dress.” His voice sounded low and sexy. It pooled in her belly, sent hot waves of need spiraling outward.

“Forget it,” she said with a conviction she didn’t quite feel. “As I recall, the last time didn’t turn out so well for me.”

“You said that earlier.”

She tossed her hair over her shoulder. “So why’d you come then? I heard you the first time.”

He sighed. “Evie, Jesus.” He raked a hand through his hair, and her blood hummed at the ripple and flex of muscle. “I just got back from the desert. Life out there is…unpredictable. It makes a man think. And I’ve decided that I don’t like feeling like a shithead for something that happened ten years ago. I want to clear the slate.”

Evie let out a breath. She’d been so hurt, and then she’d been angry. But it was a long time ago and she couldn’t hold a grudge forever. Even now, she recognized that most of her feelings about the incident were still tied up with having her love so cruelly flung back in her face. The other stuff, while definitely unpleasant at the time, hardly mattered anymore.

She didn’t flinch from his gaze. “You did. But I’m not sixteen anymore. And like I said today, it was my fault too. I asked you to do it. And I told a couple of my friends about it, so it wasn’t just you telling the boys.” She shrugged with a lightness she didn’t quite feel. “What happened was probably inevitable. The guys thought I was easy. The girls who were jealous said I was a slut. They made my senior year difficult in some ways. But what hurt the most was never hearing from you again.”

There, she’d said it. She’d told him what really hurt, and she’d given him a window into her feelings back then. He’d have had to be an idiot not to know, but it was always possible he hadn’t.

“I should have called you.”

The music changed, the beat slowing. Evie took a step backward instinctively, but Matt caught her hand and held it tight. She tugged once, and then stopped. They faced each other across a few feet of space. Around them, couples began to slide together, fitting into each other like pieces of a jigsaw.

Evie’s pulse beat harder. Her skin sizzled where they touched, his big hand engulfing hers, his palm calloused in a way that shocked her. He was a Girard, rich, entitled—and he had a workman’s hands.

Her insides melted a little more. “I’m not sure it’s a good idea.”

But what she really wanted to do was say yes.

His eyes were bright. “Why not? We’re adults now, Evie. No one’s getting hurt here.”

He said it like it was so easy, but was it really? Wasn’t she still vulnerable on some level? She was down on her luck right now, feeling like a loser, and here he was, the same gorgeous, cocky, beautiful creature he’d always been.
Except, no, he was more than that, wasn’t he? There was something behind his smile now. Something dark and sad. Pain flared in his grey eyes and then was gone so quickly she wondered if she’d imagined it.

It shocked her. She suddenly wanted to know what had happened to him. She’d heard about him being held captive by terrorists. How could he not be affected by something like that? Of all the things she’d expected Matt Girard to do with his life, putting himself into danger had not been it. He had everything. Why would he want to risk his life that way?

She remembered when his mother had died. He’d been twelve. Mama had taken her to the wake out at Reynier’s Retreat. There were so many people crowding the beautiful rooms of the mansion. The house was heavy with sadness and thick with grief and it had scared her. She’d escaped to run down the wide lawn. She’d known where to find Matt. He’d been curled inside the hollow of a tree they’d found a few years before.

He’d been dressed in a black suit, his dark hair slicked back carefully, his grey eyes wide and wounded as he looked up at her. Her heart had lifted into her throat then. She’d only been eleven, but she’d felt something in that moment that rocked her world—and would continue to rock her world until she was sixteen and shattered by his casual cruelty.

But not that day. That day, she’d slid into the hollow and sat down beside him. When she’d put her arms around him, he’d turned his face into the crook of her neck and wept.

Evie sucked in a breath. How could she walk away from him now, knowing there was something behind those eyes? Something that hurt him?

“One dance, Evangeline,” he said softly when she hesitated. “Make a soldier’s night. I just got back from the desert a few days ago. I’d like to dance with a pretty woman and forget about that hellhole for a while.”

He grinned. “Because you can’t say no now?”

“Just one dance and we go our separate ways, got it?” Because she didn’t want to feel this tangle of emotions again. This tiny blossoming in her heart that said she was going to be in so much trouble if she didn’t shut it down quick.

“If that’s what you want.” His voice was rough.

He took her other hand then, ran his palms up her arms to her shoulders. Little sparks of sensation swirled in her belly, lighting her up like the fourth of July. He pulled her into his arms right there on the edge of the floor.

Evie braced her hands against his chest, pressed back when he tried to bring her closer. It was already overwhelming to be so close to him. To feel his heat and hardness next to her body.

To feel everything she’d once wanted so much… 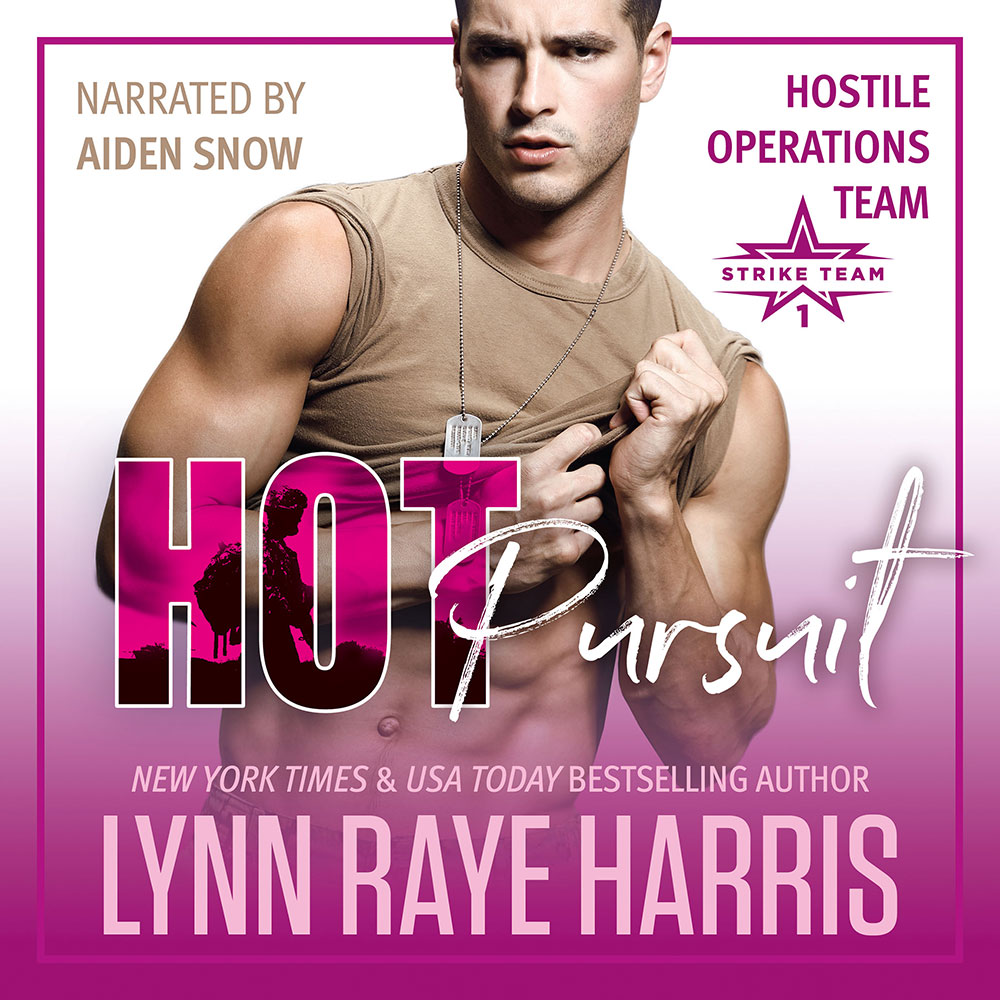