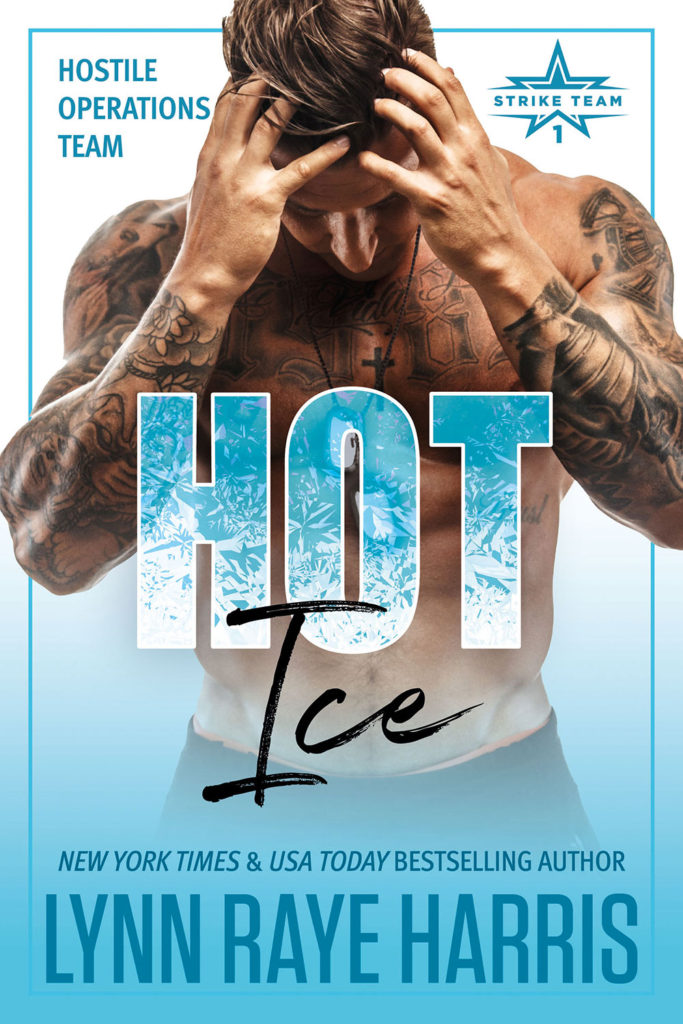 When fire and ice collide, you get steam…

Grace Campbell leads a privileged life. The daughter of a United States senator, she moves within the social circles of the rich and famous. But Grace is also a scientist, and when someone learns she possesses the knowledge necessary to create a new super virus capable of destroying entire nations, she becomes a target for terror groups and foreign governments alike.

Garrett “Iceman” Spencer didn’t join the Army’s elite Hostile Operations Team to babysit a spoiled rich girl, but when his superiors insist on assigning him to a senator’s daughter as her security detail, he has no choice but to comply.

It’s a shock to find that beneath the glasses and serious scowl, Grace Campbell burns hot. And Garrett, who’s been burned before, suddenly wants to immerse himself in the flames.

Keeping Grace alive—and keeping his hands off her—is a full-time job for this HOT soldier. Failure is not an option…

He hadn’t forgotten his manners. His mother would be so proud. As if he’d even thought it possible considering he’d had it drummed into him from birth to the day he’d left home and gone to college. 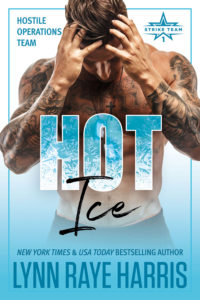 Garrett stayed close to Grace as she circulated. She underwent a metamorphoses when they entered the room. He was still amazed at her transformation. From nervous and afraid, she’d blossomed into cool and confident. But he knew it was an act, a facade she slipped into out of practice and not because it was natural to her.

She smiled and chatted with the people who kept coming up to congratulate her on her father’s run or ask about her research.

It was all over the news and there were bound to be questions, but the questions hadn’t been too off the wall just yet. Obviously, the people at this event weren’t reporters. And Grace handled it all with a veneer of calm.

She wasn’t at all what she appeared on the surface. She hated crowds and strangers, and she liked to hide in her room away from people. He figured she probably liked her job because it involved working with microscopic organisms rather than people for the most part.

“No, Mrs. Carter, we aren’t making super viruses at Magnolia Labs. I’m a geneticist focusing on biotech applications in order to make our lives better, not worse. It’s all very ordinary research, I promise you.”

He didn’t know how many times she’d said some variant of this speech, but at one point during one of these speeches, he caught her looking across the room, her eyes widening a fraction.

He glanced in the direction she’d been looking. A man was staring at her. He was about six feet tall, brown hair, and thin. He made no effort to hide the fact he was staring until a woman walked up and put her hand on his arm. He glanced down at her—and then smiled and began to talk as if nothing was wrong.

“Who is that man?” Garrett asked when Grace extricated herself from the latest conversation.

Her gaze snapped to his, her blue eyes wide. He liked the way her eyes looked when she wasn’t wearing glasses. So pretty and expressive.

“The one who was staring at you. The one you reacted to when you saw him.”

She broke eye contact, studying her wine glass instead. She’d barely touched it in the last hour. “Oh, that’s Jeffrey. My ex-boyfriend. I was surprised to see him.”

She laughed softly. “Considering he broke up with me, I can’t say I’m happy to see him here.”

Garrett lifted his head and found Jeffrey. The man was still talking to the same woman, but every once in a while he glanced in their direction. Garrett figured if he could get away from the woman, he’d be on his way over here.

“So what do you want to happen when he eventually makes his way over and speaks to you?”

Grace’s pupils widened. Clearly, she hadn’t realized her ex was planning to come talk to her. “If you could take him down to the floor and make him cry like a baby, that would be great.”

Garrett snorted. He hadn’t expected that answer, but he rather liked it.

“Well, I could, but I don’t think that’s the vibe your father is going for tonight.”

Grace crossed her arms over her middle. It had the effect of lifting her breasts up and pushing them closer together. He liked that very much. She didn’t have large breasts, but what she had was definitely appealing.

In fact, the whole package was more appealing than he’d thought when he’d first met her. She was tall and willowy—and when she took off her glasses, her face was softer and prettier than when she looked so serious and circumspect.

She sighed as if she were incredibly put-upon. “Fine, I suppose you’re right. My mother would not approve of bloodshed—unless it was done to protect me from an assassin, I suppose.” She narrowed her eyes at him. “So what can you do to ensure I don’t have to speak to him?”

He didn’t know why he’d offered to protect her from an uncomfortable encounter, but he hadn’t liked the look in her eyes when she’d said her ex had dumped her.

Her gaze slid to the side and then back again. There was a sparkle in her eyes that hadn’t been there a moment ago. “No, let him come. And don’t act like a bodyguard, for heaven’s sake.”

He shrugged. It didn’t take a genius to realize she wanted to be seen at an important event with a date rather than a bodyguard. He hadn’t overplayed it, but he had stayed close and kept his hand against her back when necessary. He’d also gotten her drinks and stood by her side while she spoke with her father’s donors. He wasn’t supposed to get involved with her, but pretending to be her date wasn’t involved.

He’d engaged in polite chit chat from time to time, and he’d pretended not to notice the curious looks. No one had asked outright if he was Grace’s date. But he knew he’d been chosen for this assignment because he could blend, not because he was supposed to look like obvious muscle. So blend he would.

Until someone tried to harm the protectee.

Grace glanced at the slim gold watch she wore. “We’ve only been here an hour. For heaven’s sake.”

“Are you ready to leave?”

“I was ready before we arrived.” She sighed. “But I have to stay.”

He put his hand against her back and steered her toward the door.

“Where are we going?”

“No one says you can’t slip away for a few minutes and catch your breath.”

He guided her out the door and down the hall to a small seating area. No one was in it and Grace sank onto the overstuffed couch like a wilting flower.

“It’s not that quiet,” he said, sitting beside her. The dull sound of conversation drifted down the hall and there was also the chatter of hotel employees as they came and went.

“Quieter than inside the ballroom.”

“So you don’t like crowds and noise. Must have been challenging growing up in your household.”

She frowned. There was a tiny line in her forehead that became more pronounced when she did that.

“If left to my own devices, I’d probably never talk to a soul. So it’s a good thing I was forced to learn how to do so at a young age. This world does not reward the quiet and the bookish.”

He tilted his head. “How so? I’d think being studious was a good thing.”

“Oh, it definitely is. But then you have to be able to temper the studious side with a side that’s interactive, gregarious—those are the qualities of a leader in our estimation. Our world rewards outgoing people more so than people who’d rather be by themselves. Look at how we teach kids in school—we reward the ones who ask questions and give answers in a group setting, but the quiet ones who are too shy to speak up, we think they need fixed somehow.”

He’d never thought of it that way, but yeah, he could remember the kids who never put up their hands or who stammered and blushed when called upon to give an answer in front of the class. He’d known it was torture for them but he hadn’t understood why.

“You were the kid who was terrified to speak up.”

She gave him a soft smile. She really was very pretty when she did that. “Most definitely. My parents put me in therapy for it, in fact. In my family of outgoing swans, I’m the ugly duckling who’s terrified of her own shadow.”

“You aren’t an ugly duckling, Grace.”

“You haven’t seen my sisters.”

No, he hadn’t, but he still didn’t believe they could outshine her that much. She had a certain light about her, a certain beauty and vulnerability that set all his protective instincts on high alert.

Looking at her now, he had a sudden urge to reach out and unpin her hair. He wanted to see how long it was, wanted to see the dark cloud of it falling over her shoulders and caressing her bare skin.

“Stop fishing for compliments,” he said, annoyed with his thoughts—and with her for being so blind to her assets.

Her eyes widened and she pressed her hand to her chest. It’s what his mama called a “pearl pressing” moment—when a lady put a hand to the pearls around her neck in surprise or horror.

“I most certainly was not fishing for compliments.”

She sounded so horrified that he almost laughed. But then she shot to her feet and started for the hallway. Garrett was on her heels in an instant, grabbing her arm and spinning her around.

Her gaze went over his shoulder, then back to his face. “It’s Jeffrey,” she whispered, and he felt the hot wash of relief flow through him. He’d thought he’d hurt her with his comment and that she was running away from him. An ex-boyfriend he could deal with.

The voice came from down the hall, moving toward them, and Grace’s eyes widened with hurt and panic. He didn’t know what this Jeffrey had done to her, but he didn’t like it.

It was the please that undid him. “I can do that, Cupcake—but you have to trust me, okay?”

She nodded. And then her eyes widened as he cupped her jaw in both his hands and tilted her face up to his. He took a step closer, closing the distance between their bodies—and then he lowered his mouth to hers and took her lips in a searing kiss. 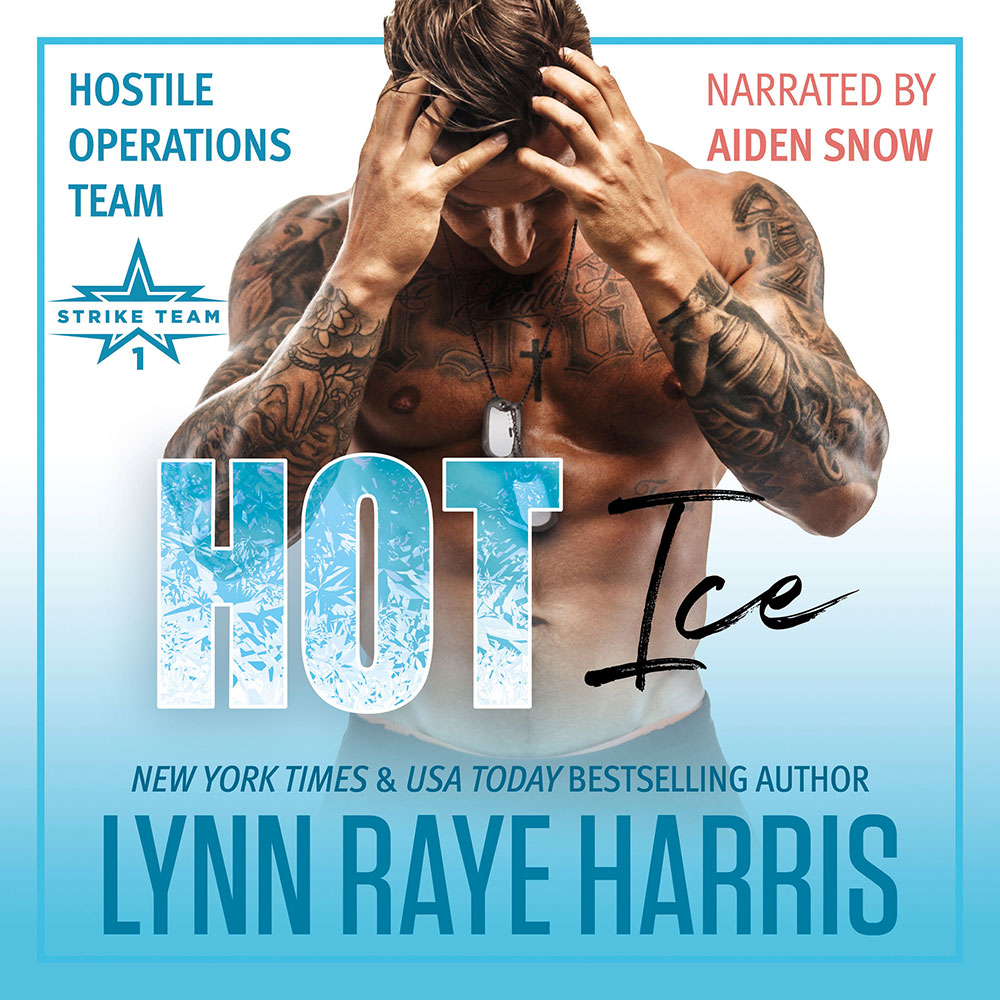